UPS batteries swell for a number of reasons.

Sealed lead acid batteries (VRLA) typically used in UPS can swell as they are manufactured in such a way to allow absorption of gasses released during the chemical process inside the battery.In other words, the gases caused by the chemical reaction taking place inside the battery due to age or chemical breakdown and can’t get out. Hence the battery begins to swell gently to begin with and thereafter blows up like a balloon.

The positive and negative plates are packed very close together with only the thickness of the divider separating them meaning there is very little extra space inside the battery. When the cell plates expand, it exerts pressure on the inside walls of the battery. This situation can cause the battery case to swell resulting in possible splits and cracks at various points of the battery. These should be visible long before the battery becomes severely mis shaped.

How to Avoid Battery Swelling? 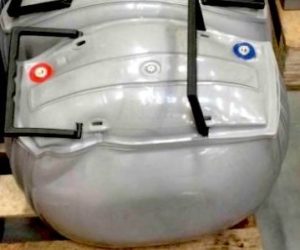 Prior to the swelling up of the lead acid battery, you may sense an ‘eggy’ smell which indicates acid could be leaking from a split battery.

Check the battery terminals aren’t ‘furring’ up – Keep them clean